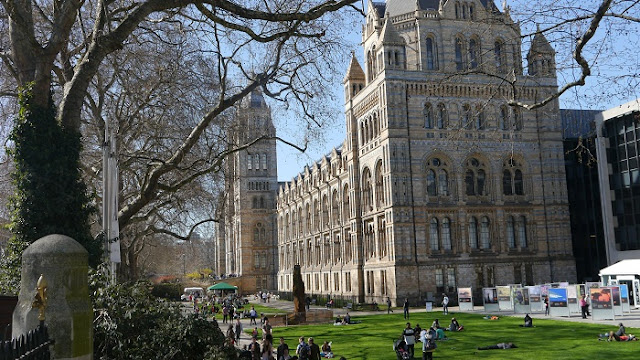 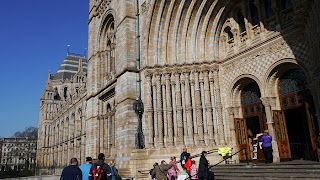 Imagine opening the front door and being greeted, not by rover the beagle, but by a full size Diplodocus. This is one on the surprises that I found at the Natural History Museum in South Kensington, London. 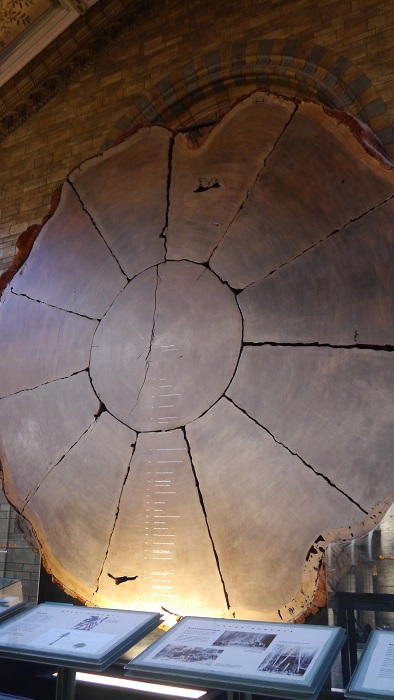 Anyone interested, even slightly, in the world of nature and the life and times of some of the giants of horticulture and botany -Joseph Banks  for example, could not fail to be impressed by the collections in the Natural History  Museum.

The variety and depth of the
collections which range from complete skeletons of a whale to a tiny beetle  or butterfly, I found astounding. The plant and insect collections date back  400 years.

It is easy to be impressed by the magnitude of the collections, 3.5 million butterflies for example, or the section of a giant sequoia that overlooks the main gallery. The giant sequoia reaches  80 metres with a girth of 27 metres and live to approximately 3,000 years. The growth rings on this tree  indicates and age of 1300 years old. The time line shows that this particular tree started its life in the year 557. Thirty years before the start of Islam, 600 odd years before the crusades in England. It celebrated its 1,000 year old birthday the year William Shakespeare and Galileo were born


But what about the more overlooked aspects of the building? Such as ....if you happen to glance upward to catch a glimpse of the richly decorated panels that adorn the ceiling of the central hall. 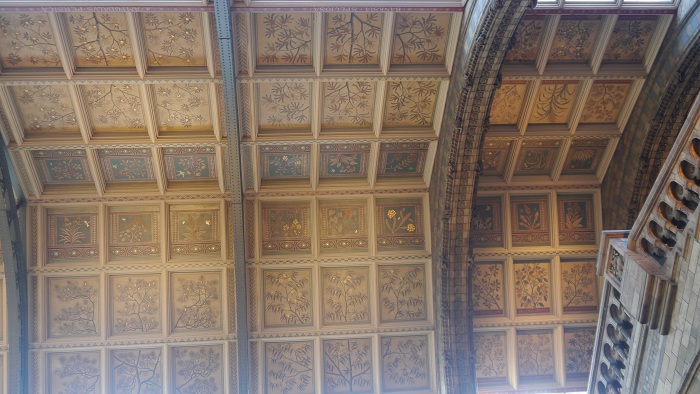 According to two of the curators of the museum, the ceiling is one of the most overlooked or least noticed elements of the artwork contained in the museum, even though it is on permanent display. To the horticultural world, this ceiling is somewhat akin to the painted ceilings of the Sistine Chapel or Palace of Versailles. 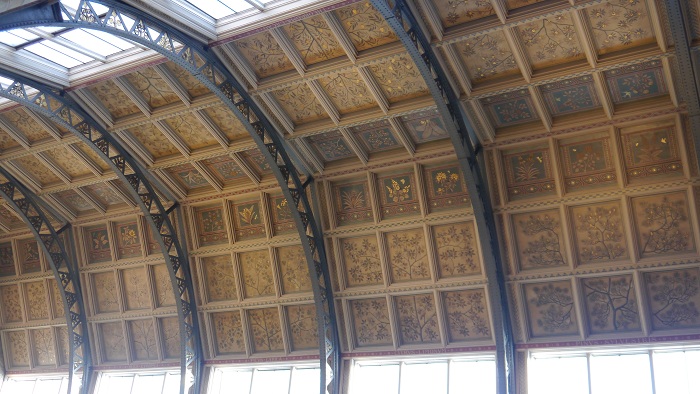 The paintings were part of an original building design by British architect Alfred Waterhouse but were very nearly deleted from the final building by the First Commissioner of works at the time who believed his job was to curtail "frivolous spending". Vigorous negotiation and subtle subterfuge by the architect saw the decoration reinstated.

The depictions on the ceiling panels are a mixture of familiar European plants such as the English Oak Quercus robur and the more exotic, from an English perspective, Theobroma cacao or cocoa tree.

The main panels are in sets of six. The main central branch of the plant rises through the central panels, branching into the other panels of the set as if it grew that way.

Most of the depictions are either European in origin or were considered useful to people in Europe at the time. 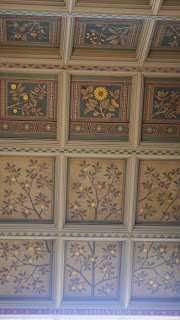 Among the other panels it seems odd to find depictions of the Tasmanian blue gum from  the  far away and little known Australia. However this tree was farmed in Southern Spain for the production of eucalyptus oil.

The Banksia speciosa also finds a place on the ceiling panels, thanks probably to the influence of the botanist explorer Joseph Banks.
According to the book "The Gilded Canopy - Knapp and Press", the species depicted on the ceiling is not one collected by Joseph Banks but rather from a later expedition by the noted botanist Robert Brown who accompanied Mathew Flinders on the ship HMS Investigator.

The large herbarium provided the models and inspirations for the designs on the ceiling and many of the plants are still in residence, so to speak, in storage at the Natural History Museum.
Samples collected by Joseph Banks in Botany Bay in 1770 are still useful specimens though not on open display.

Other sections of the Natural History Museum are a complete contrast to this look into the history of the natural world. The Cocoon is a fantastic hands on experience for anyone. Here you can touch and interact with the exhibits as you are guided by "virtual tour guides". 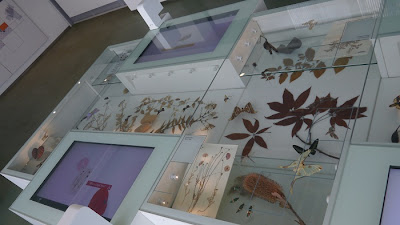 Here is a chance to see science in action. You can view scientists at work in a state of the art laboratory performing tasks such as preserving a beetle or extracting the DNA of a mosquito.